Social hour at 7pm; presentations begin at 8pm.
Brian Fan: Playing a musical instrument generally involves hundreds to thousands of hours of practice. Many people would like to play an instrument, but simply don't have the time or perseverance to practice. What if we could put musical intelligence into software that enabled people to play right away? Would the result still be an instrument? Brian will be providing a live demo and attendees will get a chance to try the new Magic Instruments guitar.

Brian Fan is a Juilliard-trained musician and the CEO of Magic Instruments, a YC-backed startup that makes software-assisted musical instruments for non-musicians.

David Petchey: In 2002 smart phones were starting to appear in Asia, basically PDAs with a cell phone radio bolted on to it and the birth of mass mobile computing was born. Shortly thereafter sidewalks, toilets, puddles, spilt drinks, dashboards started destroying them. Furthermore people wanted to take them in even harsher environments, battle fields, potentially explosive refineries and chemical plants, where devices can have catastrophic consequences when they fail. Petchey has been working with and building rugged mobile devices since 2003, the talk is about the history, current state of the art, new developments on creating indestructible mobile computers and why we still don't have it on all our devices.

David Petchey has been programing computers since 1975, working on a wide range of disciplines, during the 90s was involved in game industry and real-time 3D graphics. Worked very closely with Microsoft developing the early versions of DirectX, creating the first hardware accelerated PC games and Java applications. Later integrating hardware acceleration into web browsers in 1998. In 2003 Petchey got involved in providing mobile 3D visualizations for tactical operations for dismounted soldiers using mobile phones, later was a partner in Airo Wireless which produced the first ultra-rugged smart phones and later the first smartphone with a zone 1 division 1 ATEX handset, which allows for operations in a theoretical atmosphere of 75% hydrogen.

Sudhu enjoys being surprised by music. After many years of playing improvised music he lost interest in his own playing, finding it harder and harder to surprise himself. As a result he became interested in building self-governing/playing instruments so that he could turn them on, watch, listen, and be surprised. Thanks to a commission from Music for People and Thingamajigs in 2015 Sudho was able to return to building/experimenting with a large-scale self-governing instrument, the Prepared Player Piano Pinball system (PPPPs). PPPPs consists of several electronically controlled "interpretors", devices that perform a simple function which is, often counter to the purpose of other interpretors, creating web of complex interactivity based on the simplest reactive behaviours. Since the system is built from individual modules it is infinitely expandable (inspired by Jean Tingueley's Meta-Machines) and provides him with a lifelong project into which he can integrate all of the pieces of his substantial collection of useful junk (suefule). The most recent iteration of PPPPs was unveiled at the Center for New Music on November 5, 2015.

Sudhu Tewari has been called a professional bricoleur, junkyard maven and young audio-gadgeteer. Sudhu builds audio electronics, electro-acoustic instruments, kinetic sculpture, interactive installations, wearable sound art, and sound sculpture. Highly educated at Mills College in electronic music, Tewari has been seen performing improvised music on the east and west coasts of the US, Europe, and Japan. In 2006 Sudhu was selected to be the Artist in Residence program at the Recology in San Francisco. Since then, Tewari's visual, musical, and interactive art has been exhibited at many galleries and museums in the Bay Area and a few in Europe. Tewari is currently a PhD candidate at UC Santa Cruz in the Cultural Musicology program. Sudhu also teaches youth and adult classes at the Crucible in Oakland and has been working with young adults to create kinetic public art works
Photo Gallery: 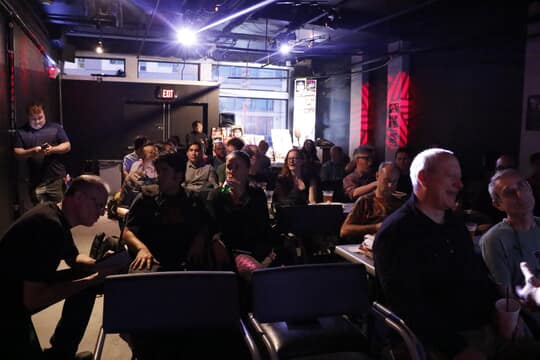 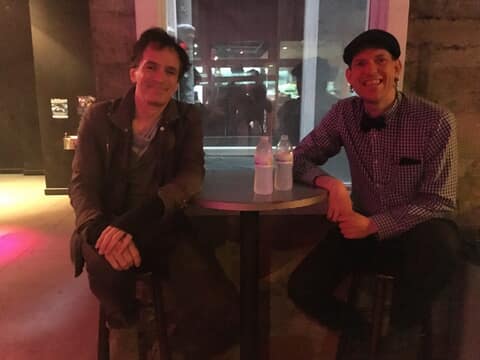 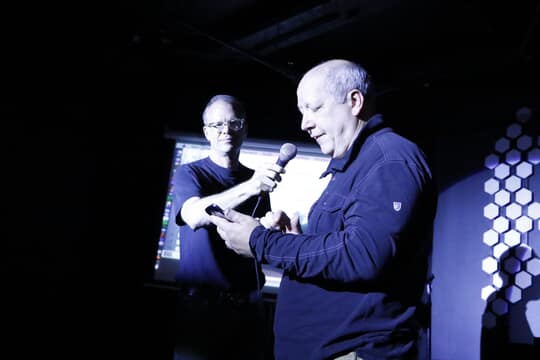 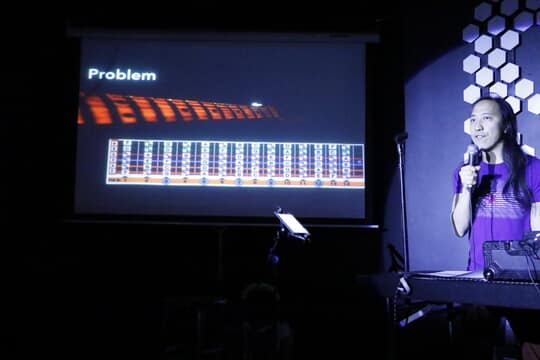